Museum of Contemporary Craft was founded in 1937 as the Oregon Ceramic Studio by a group of dynamic volunteers led by Lydia Herrick Hodge. The Studio was created to provide support for regional artists in financial distress because of the Depression. In response to this need, the founders created a place where exhibitions, a sales gallery, education programs for children, and the largest kiln on the West Coast were managed by this volunteer-run organization.

The Oregon Ceramic Studio was built with donated materials by Works Progress Administration labor. During its early years – before becoming Contemporary Crafts Gallery in 1965, Contemporary Crafts Museum & Gallery in 2002 and then Museum of Contemporary Craft in 2007 – the Oregon Ceramic Studio hosted exhibitions and participated in design campaigns crucial to the cultivation of the Northwest’s legacy of craft. Over the years, it showed and documented the work of primarily of artists from the Pacific Northwest as well as those of national acclaim.

In 2007, the Museum moved from its original home of 70 years on SW Corbett Avenue to a new facility in Portland’s Pearl District. In 2016, the Museum was integrated into the Center for Contemporary Art & Culture at Pacific Northwest College of Art (PNCA). 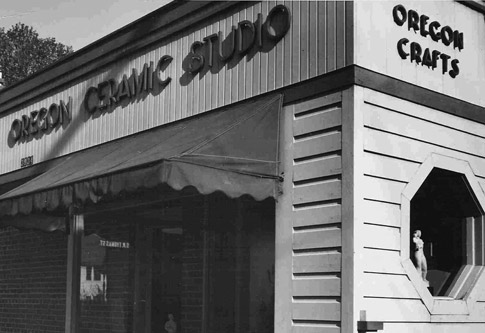